Previous article
The Keeper of Lost Things
Next article
Silence 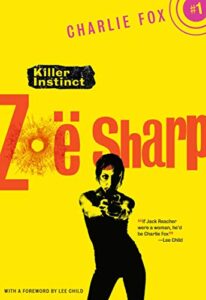 Born Charlotte Foxcroft to a father who is a top orthopedic surgeon and a mother who is a justice of the peace, Charlie believes she has been a disappointment to her parents since the day she was born alive while her twin brother was stillborn.

At the opening of this book, Charlie is living in a ramshackle building in a gentrifying area of Lancaster.  Her apartment was once a gym. The punching bag still hangs in the living room. Her bathroom has three showers and the former men’s room has been turned into a small kitchen. The best part of her apartment is the view across the River Lune toward Morecambe Bay.

She teaches self-defense classes at various locations. Having been gang-raped by four fellow soldiers — Donalson, Hackett, Morton and Clay — during her special ops training, Charlie is passionate about helping women protect themselves.  In her own case, she probably would have been killed had not another soldier interrupted the attack.

After being found guilty of gross misconduct in the court martial and losing a bid to get justice in a civilian court, Charlie is awash in scandal and loses her case, her Army career and most of her relationship with her parents.

As this book opens, Charlie’s friend Clare Elliot begs her to go with her to a karaoke contest at the newly remodeled Adelphi Club. Clare’s partner, Jacob, is deadset against her going alone because there has been an attack and rape of a young woman in the area. He refuses to go with her.

It turns out that the stunning Clare has an equally beautiful voice. This enrages Susie Hollins, the tone deaf reigning karaoke queen, who attacks Clare. Charlie comes to the defense and holds Hollins off until an elegant man, clearly able to settle aggressive drunks, takes her off of Charlie’s hands.

Charlie is raging about the club’s inadequate security — too few staff, too large and complicated space –when the club owner, Marc Quinn, overhears her. He suggests she come talk to him.

The next day, Hollins turns up beaten, raped and murdered. Did she take unnecessary risks getting home? Or was she a victim of the Adelphi Club’s bouncers? As Charlie takes on a one-night-a-week security job at the Adelphi, she finds herself surrounded on one side by Marc Quinn’s silken sophistication and on the other by mocking hostility of the Adelphi’s bouncers, Len and Angelo.

Killer Instinct is a fairly straightforward mystery without a lot of confusing complications. Charlie is a complex and interesting character well worth following through an entire series. This is a good introduction to her backstory. The killer instinct of the title is a recurring issue for Charlie: trained but never battle-tested, does she have an instinct for killing or will she hesitate at the decisive moment? And if she does have a killer instinct, what kind of a human does that make her?

The setting — the city of Lancaster in northwestern England — is a blend of the gritty and the revitalized. It’s a fresh and fitting locale.

As of April 2018, there are 12 Charlie Fox books. Killer Instinct was followed by:

About the Author: Zoë Sharp

Zoë Sharp grew up on a catamaran on the northwest coast of England. From the age of 12, her education was through correspondence courses at home.

She wrote her first novel at age 15. After doing various jobs, Sharp became a freelance motoring writer in 1988 and then became a photojournalist. It wasn’t until the 2001 publication of Killer Instinct — the first Charlie Fox thriller — that she achieved success as a novelist. The character of Charlie Fox evolved after Sharp herself received death threats in the course of her photojournalism career.

She lives in the English Lake District, where she enjoys sailing, fast cars and even faster motorcycles; target shooting; travel; movies; music and reading. She has a blog, At the Sharp End, and post regularly at Murder is Everywhere.

When No One Is Watching: A Thriller 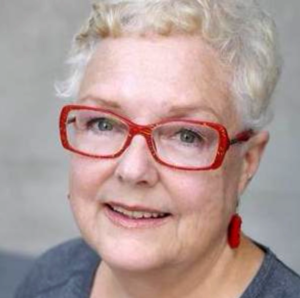 Jeannette Hartman
So many books, so little time! I’m always searching for book recommendations and insights about whether I’d like a particular book. This website grew out of a blog created for a book club. Its members were so diverse in their reading that the club eventually failed, but I’ve kept the blog as a guide to other readers. I’m an avid reader with a passion for mysteries. But I have a wide-ranging curiosity that takes me diverse places as I read. Please leave comments and book recommendations of your own. Happy reading!

Be notified of new book reviews in your email inbox.